How to Navigate an Outsourced Contract Negotiation 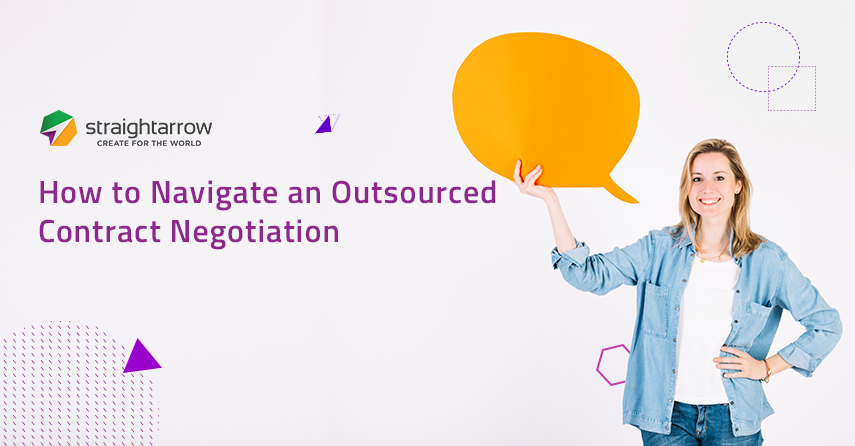 While entrepreneurs and executives can leverage technology to reach national and international partners and customers, the contract negotiation process remains complex. And dismissing these challenges can be a barrier to growth.

The outsourcing of services like creative and marketing support has been a strategic step for both SMEs and Large Enterprises. It helps save on costs, leverage technology, and tap into a pool of talent and expertise outside of their region. For consumers, it helps keep the cost of goods and services low.

On Managing an International Outsourcing Agreement

In an interview with Business News Daily, two professors from the University of California, Irvine, Paul Merage School of Business shared their insights on how culture plays a role in the process.

Professor William Hernández Requejo notes that Americans tend to focus on information and making deals. This can lead to challenging situations wherein an Asian partner finds comfort in silence, a European partner can be too frank, or a partner from yet another region too aggressive.

And what of deals with an Australian partner? In "Negotiating international business: the negotiator's reference guide to 50 countries around the world," Lothar Katz notes an openness in the culture. This translates to both being direct in communication and in welcoming new partners. Having a previous business relationship is not a precondition for exploring the possibilities. Being both focused on the personal as well as the professional is also helpful.

The Entrepreneurs’ Organization (EO) Philippines hosted a workshop called "Negotiations 101" with Venu Kotamraj. The session covered key concepts in negotiation as well as hands-on experience with a case study.

The StraightArrow leadership team who participated noted that the experience was able to provide them with an even better understanding of negotiations from both the point of the seller and the point of view of the buyer.

Key Negotiation Concepts from the Session

Negotiations often start within a limited space. In the example of outsourced creative services, one or both parties begin with talks on just the job to be done, the budget, and the number of hours it would take. Expanding the pie leaves more for both regardless of the size of their share. 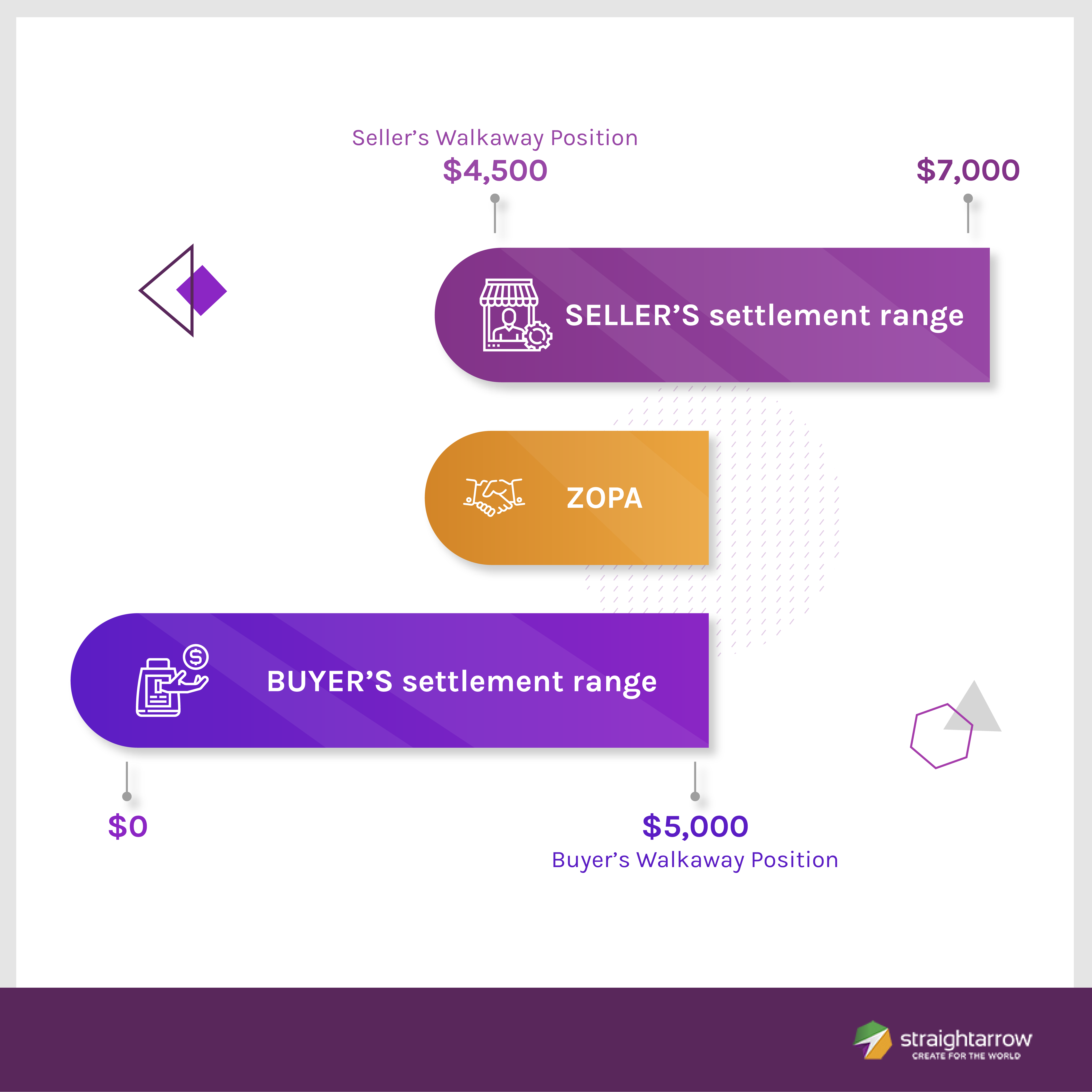 Multiple Equivalent Simultaneous Offers (MESO) involves identifying your most valuable proposal options. In creative and marketing outsourcing, these proposal options can include a single defined project, a monthly retainer, or an agreement to engage in several projects throughout the year when needed.

4. Use contingencies to mitigate uncertainty

Having a contingent contract can incentivize both parties to comply. This can mean a 5% bonus to reward good performance or a penalty for delays. It can also protect them from factors that neither party can control.

Some negotiations for an offshore outsourcing contract can take a single meeting while others cover a series of discussions. In either scenario, it's important to learn about the other party’s as much as possible. You can piece together notes previous discussions to get a sense of their structure, how to create more value, their BATNA and, what's in the ZOPA.

What you learn about your outsourcing partner during your discovery call and your succeeding meetings can help you confirm or debunk your initial understanding of their capabilities, processes, and interests. This allows you to paint a more rounded picture of their situation.

In response to a question, the speaker noted that it was important to hold negotiations in a neutral space where either party can feel safe. In the case of offshore outsourcing agreements, negotiations are often done over the phone or via video conferencing.

Setting the ground rules for the contract negotiation process doesn't just involve you and the representative of the other party. These should consider your teams too. The guidelines can include who should communicate on behalf of the group, who are consulted, who are informed and who are the decision makers.

9. Listen more than you talk

Dead air can make people uncomfortable. But observing the subtle changes in the other party can provide a world of information about their disposition. Take a closer at their speech, facial expressions, and body language when they deliver updates or react to your offers.

10. Focus on interests, not positions

Positions refer to the whats in a negotiation. Interests refer to the whys. There is an anecdote about two chefs who split an orange in half without asking why the other needed an orange. They later learned they could have split between the peel to add to a cake and the juice to make a sauce.

In the process of negotiating, you and your partner will often learn about each other's strengths and personal interests. This will help you advocate for each other within your respective organizations. The same is true for discussions for an outsourcing contract.

12. Be honest and consistent

As with negotiating any new relationship, it’s good to be open and honest about long term plans. With outsourcing contracts, information on your revenue and ROI targets from marketing as well as details on how you plan to scale your operations are helpful. They provide your partner with an idea of how they can support you.

Giving the other party an idea of the external conditions that prompt you to ask for specific terms in the outsourcing agreement makes it easier for them to accept or address them.

14. Negotiating is a process; there are many right answers

While the ZOPA can provide a window from where both parties can draw reasonable proposals, following through on each step of the discussion can establish the timeline needed to determine the best way to move forward.

Whether you’re doing business offshore or onshore, it’s good to remember that a company, in its simplest definition, is a collective of people. And people decide on agreements based on a combination of the rational and the emotional. This can involve a review of the facts as well what feels fair or right for all.

16. Their goals become your goals; help them reach their goals

As negotiations progress and a partnership forms between you and the representative of the other company, you'll develop an understanding of how you can support in achieving each other's jobs to be done and goals. You’ll also be able to help in addressing each other's challenges.

Preparation and a mindset for partnership can set you up for successful negotiations. In this way, no matter how the deal turns out, the decision will often end up fair for all and you leave the table with a feeling of mutual respect.

To get an understanding of what is in your zone of possible agreements for possible offshore creative or marketing services, you can try our outsourcing calculator today. 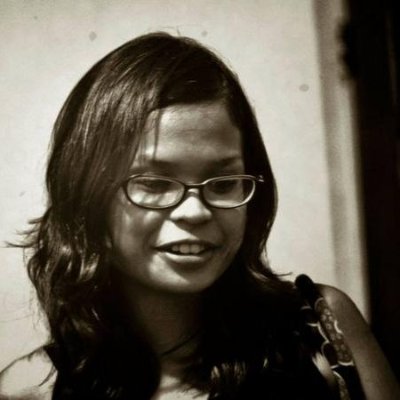 is an Inbound Marketing Specialist at StraightArrow Corporation. She is also a poet whose works have appeared in Philippine and U.S. literary publications. She runs a blog on regional arts and culture while experimenting in the kitchen, jogging around the city and collecting unicorns -- in marketing and in toys.