After being named by Universal McCann as the Social Networking Capital of the World in 2013 and recently declared by TIME Magazine as the Selfie Capital of the World, it is no surprise that the Philippines celebrated this year’s Social Media Day with quite a lot more pizzazz than last year. 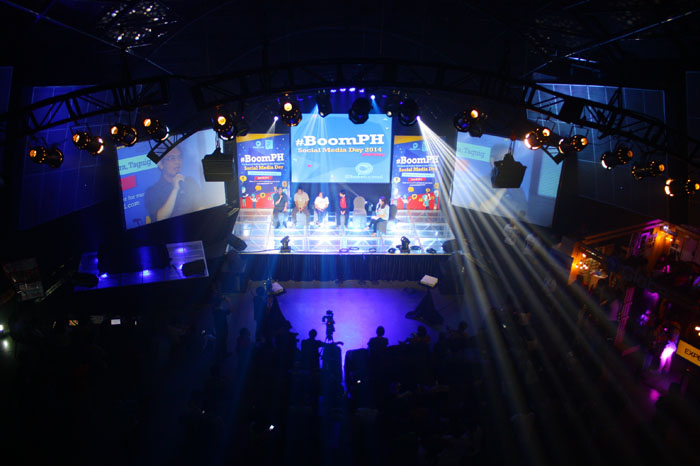 Last year’s #SMDay at the New Glorietta Mall saw close to a thousand participants from all over the metro. This year, with the theme “#boomPH” (Best of Online Media in the Philippines) and 2014 marking the 20th year anniversary of internet accessibility in the Philippines, the stage was set to accommodate the largest group of netizens in Manila.

During the Community Program, various advocacy leaders, such as Christine Roque from Change.org and Niccolo Cosme for 2014 Investing in Young People, talked about how social media can help make a social impact with a concerted effort to raise awareness and show support. Several online communities, including istorya.net, Filipino Freethinkers, IGers Manila, and Tumblr Philippines, shared the story of how their respective communities came to be, as well as what it means to be part of them.

One of the most inspiring talks during SM Day came from Jonathan Yabut, the Season 1 winner of “The Apprentice Asia,” who captured everyone’s attention with his discussion of the #Selfiesh culture. “The Filipino is so good at reacting and making selfies. The question is, how many have actually made concrete solutions?” He proposed a three-point solution in addressing the “Selfiesh” culture in order to effect a positive social change. “Number 1: We need to let go of online elitism. I believe that the online community is about uniting in one cause and making everyone a part of that universe. Second, we need to have an organized, systematic, and concerted effort whenever we make a stand via social media. Everyday individual complaints only breed immunity. Lastly, we need to admit that social media can be effective in getting people to mobilize and move, but someone else has to act on it.” His third point refers to the need to collaborate with government offices, NGOs and other institutions in order to actually effect change. He ended his presentation with a quote from The Hunger Games, saying, “Remember who the real enemy is.” 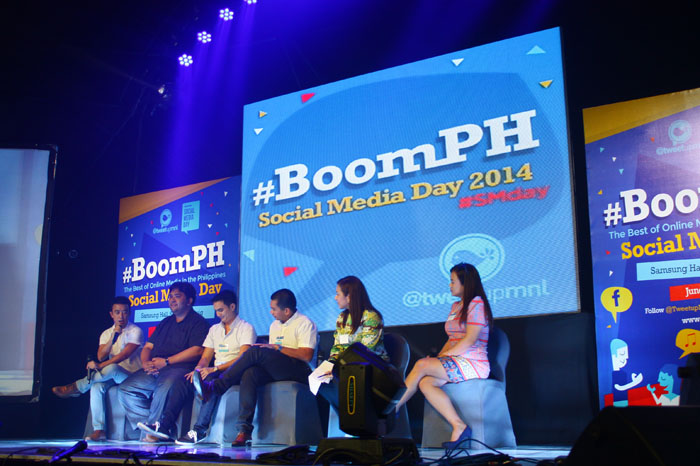 Another highlight of the event was a panel discussion entitled “The Philippine Digital Landscape: Current State and Trends,” which involved four social media industry experts in the Philippines: Carlo Ople from Digit, Yves Gonzales of MRM Worldwide, Lindt Dale Azcueta of Globe, and Carlo de Leon of Movent. Some of the trends mentioned during the discussion was Trend Marketing (also known as Real-time Marketing), a recent example being the “epic” KitKat tweet during Facebook’s ten-minute downtime. Yves Gonzales also talked about how hashtagging has literally become “trending” nowadays. “We see whole campaigns built around hashtags. The power of hashtags has come to force.” The discussion was moderated by ANC’s Raine Musngi.

The second panel discussion, with the topic “Social Media for Social Good,” and was participated in by the Philippine Red Cross and three other social media-driven movements. This was followed by a discussion on “The Evolution of Media,” wherein three of the panelists were traditional media practitioners and the fourth represented online media.

The SM Day participants were treated to energetic performances by talented artists who used Soundcloud PH to share their work to the world. Additionally, there were a handful of interactive activities at the various booths that kept the participants busy all throughout the event. 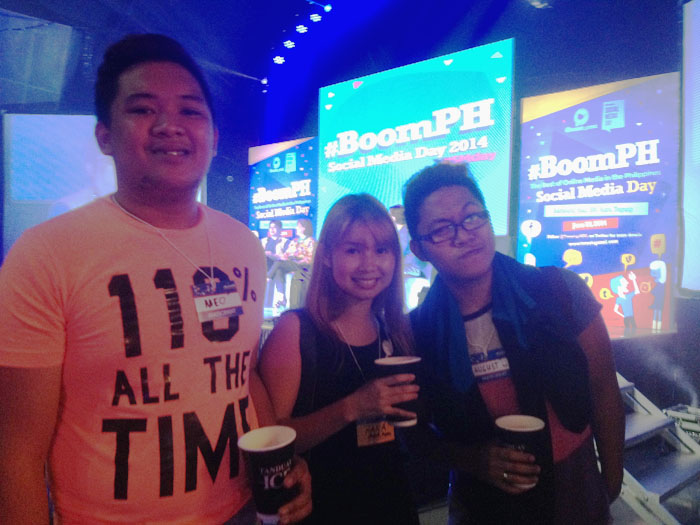 The StraightArrow Social Media team certainly had its fill of fun and information (and beer!) all in one amazing afternoon. The Philippine Social Media Day 2014 was a celebration and affirmation of the true power of social media, for without it, this amazing gathering of modern-day social movers and innovators would not have been possible in the first place.

StraightArrow Corporation can help your business manage your brand on Twitter and other social platforms. Let StraightArrow grow your online communities for you.

Hana Abello is a Social Media Associate at StraightArrow Corp. She is a personal blogger and a social media passionista. When not online, she's also a makeup enthusiast and a photohobbyist.