Not All Bad: What to Do When Google’s Bad Ads Reporting Is Mistaken 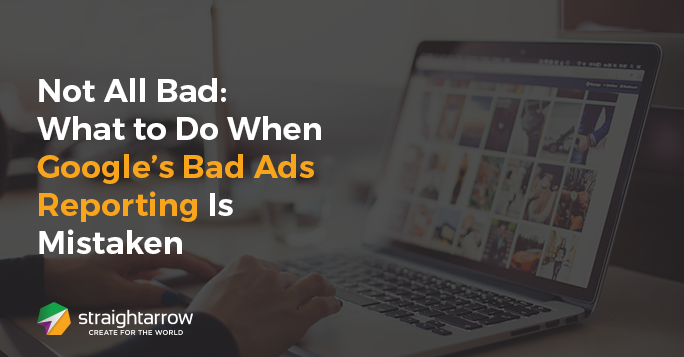 In Google’s bad ads report, which they released last month, the online search company announced the removal of 1.7 billion ads over the course of 2016, a huge increase from the 780 million culled in 2015. The surge in removals comes mainly from changes in their policy, which now covers ads related to healthcare, gambling, fake news, and more. Not all ads caught by Google’s ad removal programs are bad, however. And if you have an ad that follows Google’s policies but got blocked anyway, it’s possible to remedy the situation.

For instance: among the list of banned ads are “trick to click” ads, “fake news,” and “self-click ads,” all of which are illicit across the board. Some categories, however, are less clean-cut. One of the top bad ads on Google’s 2016 report were pharmaceutical products: over 68 million such ads were disabled for healthcare violations, despite regulations on such products varying quite widely across the board; in other words, products that meet all requirements in their category might nonetheless be banned if Google’s programs tested them against stricter requirements for another category--which is what happened with one of our PPC campaigns, which sells online pet medications.

We could have been among those 68 million bad ads, but we got in touch with Google to straighten things out.

According to Adwords support, Google runs automated programs to review and disapprove ads that violate their ad policy. For pharmaceutical products, this is governed by healthcare and medicine policy, which varies by location.

Since the product that we were promoting didn’t require any prescriptions and could be bought over the counter in our target location, we were allowed to run the ads. Or we should have been, except that Google’s programs blocked them anyway. 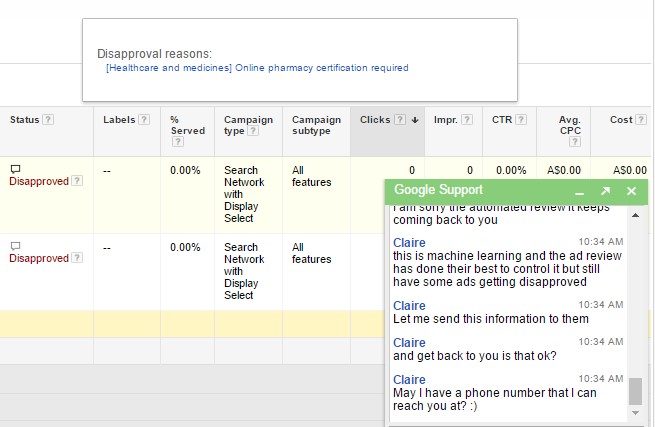 So we got in touch with Google Adwords Support explain the situation and get the ads reviewed for approval. After going over the ads, they explained that it was the machine or the automated review following what it has been set to do that led to the blocking of our ads. They forwarded this issue to the policy team for another round of review, and later that day we received a call from their team telling us our ads were all up and running.

So if your ads get disapproved, remember that Google’s automated review processes don’t always follow their policies precisely. If your ads are getting removed when you know they shouldn’t, you can always contact the Google Adwords support team for questions and clarifications.

Arjay Fabregas is the head of the Search Engine Marketing team at StraightArrow Corporation. When he is not busy optimizing websites or managing PPC campaigns, he enjoys working on his organic garden, doing DIY repurposing projects and having a tea party with his four year-old daughter. Basically, he loves being a dad.