Social Media Marketing: The Top Platforms to Use for Business 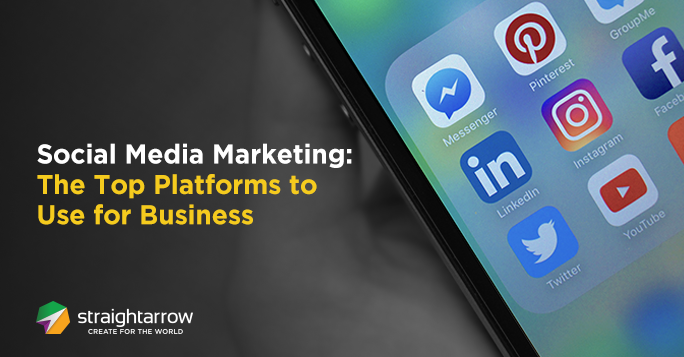 To say that Mark Zuckerberg’s social network is dominating worldwide is an understatement. 22% of the world’s total population uses Facebook—almost anyone who’s anyone is on it. There are over 50 million who also use Facebook for business, while 2 million of them have invested in Facebook ads as of this year. Facebook’s ad targeting helps a lot of business visibility online and with their lead generation ads, collecting names and emails is easy, as well.

This platform’s value lies in the possibility of your post going viral through retweets. Hashtags also have more impact on Twitter in terms of trends and relevance than on any other social media. Twitter is the best way to market to millennials, of whom 81% check Twitter at least once a day. Take to this platform and you’ll be in good company: 88% of businesses with more than 100 employees use Twitter for marketing purposes.

This site has earned its reputation of being a social network for professionals. LinkedIn is essential to all B2B businesses. With community management through groups, blogging on Pulse, and an ad targeting system other platforms can only envy, LinkedIn has all the tools needed to establish a presence in the professional world.

There are more than 450 million user profiles on LinkedIn and 39% of them pay for monthly premium accounts. Though LinkedIn users are typically slightly less likely to use other social networks, 45% of people making $75K (USD)/year or more use LinkedIn.

Arguably one of the most popular photo-sharing platforms, visibility on Instagram is ruled by words as much as pictures: the more hashtags used, the more followers you’ll attract, and the more visible your post will be. 35% of Instagram users look at the platform several times per day, while 51% access it daily. With its Facebook integration, it’s better to run visual ads here than on Facebook or other platforms; Instagram supports photo sets, and videos—even live ones. Marketing contests, raffles, and events do especially well here.

Not all businesses need Pinterest but if your brand or products relies on a lot of visuals—for example, a retail business with an extensive catalog—this is your go-to platform. Great pictures often go viral and have the potential to be viewed by millions.

Most people spend comparatively more time on YouTube because watching videos take up time and frankly, it's addicting. They earn 2 million plus video views per minute. YouTube also dominates on mobile, more than half of all YouTube views are on mobile devices. While it’s debatable if this network is better than TV, YouTube overall and even YouTube on mobile alone reaches more 18-34 and 18-49 year-olds than any cable network in the U.S. Businesses are better off creating a YouTube profile than investing in traditional TV ads.