Deconstructing Success: What Makes a Social Media Campaign a Triumph 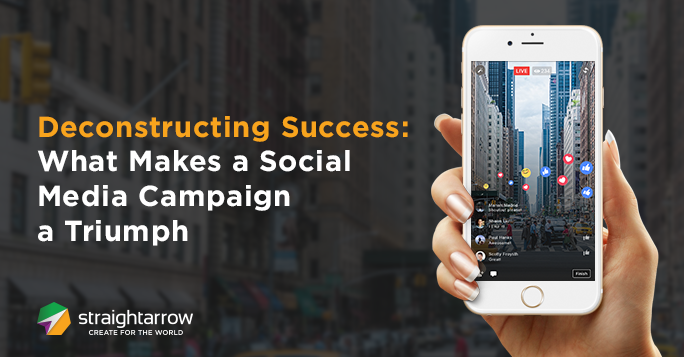 Most people, even marketers, mistake virality as the standard for success in a social media campaign. While fame is almost always a good thing, it wouldn’t immediately guarantee your campaign’s success—that would depend on your campaign’s end goal. What do you need to achieve? Reach? Clicks? Or ROI?

Let’s take a look of one local social media campaign that dominated the world wide web—#CreateCourage - Rogue One: A Star Wars Story—and what made it successful.

What is essential is what makes it human. You would think that it’s thanks to technology that we can easily share our campaign and measure its success, but it’s the social aspect of these campaigns that make them beloved by the audience. What do the most successful campaigns of the recent years have in common? A story to tell.

These marketing ideas do not hardsell their products but instead show stories their audiences can relate to. Human experience and interaction play a huge part in making any campaign a triumph. These stories aren’t just for commercial promotion purposes, they can work as public service announcements and even highlight reels of their guerilla campaigns.

An example of a social media campaign that highlights people’s interaction with their guerilla ad.

People love things that they can relate to and people admire brands that treat them as human beings, not just a machines for consuming products. These stories, whether scripted or not, are great examples of showing how human experience influences audiences. Influencer marketing can also be utilized in stories to let their target market see that they are represented by people they admire and that their “idols” are just as human as they are. 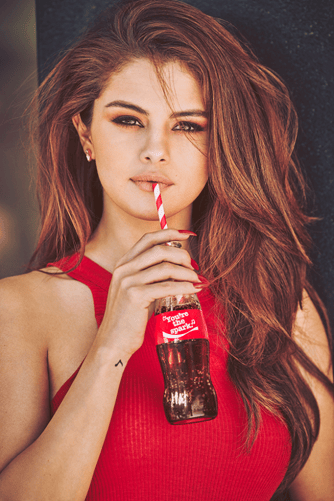 The most liked photo of 2016 is for the “Share a Coke and a Song” campaign.

Remember when videos were the “next big thing”? That was years ago. Videos are dominating the marketing world, and have become a necessity for all campaigns. Just type in the world “viral” in Google and it will automatically suggest adding the term “videos” to your search. Think about the most successful social media campaigns and try to find one without a video—you’d be hard pressed.

Why are videos so important? It’s easier to market your content through videos. Not only can you better show a story through a video, but moving images better promote brand recall, boost website performance in search engines, and perform well on various devices. They’re also more likely to go viral than other media.

Social Media and hashtag are almost synonymous today. You can’t have one without the other. All campaign utilize hashtags, usually as the campaign name and usually shown in every promotional tool they have: at the end of videos, posters, and captions from influencers.


Hashtags have become a way for people and brands to create conversations, to interact with friends and fans, and to promote their products to massive amounts of new users. There are two main ways brands can take advantage of hashtags for their marketing efforts: creating their own hashtags and taking advantage of trending hashtags.

Hashtags are also a big help in sharing the experience of the campaign with the audience; they can share their own stories or photos with the hashtag and brands can track them and feature them as content. Content from these hashtags can also be the basis for a successful campaign should your goal be brand awareness or joining a social media contest. 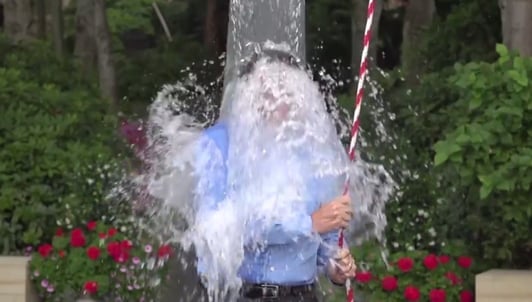 #ALSIceBucketChallenge was a successful campaign that was done by regular citizens and celebrities alike.

While videos have become a necessity for social media campaigns, it’s not always enough. Guerilla marketing can help especially in directly touching human experiences. Go digital; incorporate your campaign into social media, instead of just using a hashtag to promote it.

For example: by using a Facebook frame. Frames are gaining popularity in movie marketing and some businesses are also using this to promote events. Snapchat filters and locations are also a great way to visually advertise campaigns. These also help leave a great digital footprint for your brand. 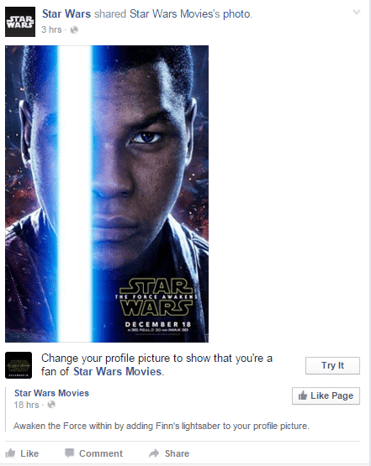 Facebook frames part of the Social Media campaign for The Force Awakens. 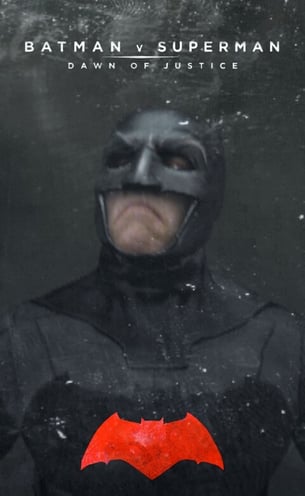 Be creative and check out what other elements you can use to further promote your campaign. It can range from pranks to virtual reality. If you have limited material options the digital world has tons of possibilities.

Sample of using pranks for a campaign.

Now that we tackled what makes a social media campaign successful, let’s analyze this for the #CreateCourage - Rogue One: A Star Wars Story Campaign. Does it tell a story? Yes. Do they have a video? Yes. Do they have a hashtag? Yes. Did they go past having just a video? On all counts, yes—the campaign encourages people to take part by posting a photo of themselves wearing a Stormtrooper helmet as a Facebook or Twitter profile with the hashtag.

But what about achieving a goal beyond simple virality? The campaign ultimately sought to inspire people to donate for the renovations of the pediatric ward at the Philippine General Hospital and simultaneously promote the movie along with their brand—to achieve this they need to measure the reach and views of their video.

In just two days after this ad was uploaded in Globe Telecom’s Facebook page, it has already gone viral with over 3.9 million views, 88,000 shares and 144,000 reactions. It has also been featured in international websites such as The Huffington Post, Adweek, and Mashable to name a few. To say the campaign was a success is an understatement.

Looking to start your own major social media campaign? Make sure your page is in top form, first: send us a link to your Facebook page and we'll provide a free assessment with points for improvement.