Emojis: A Communication and Marketing Revolution 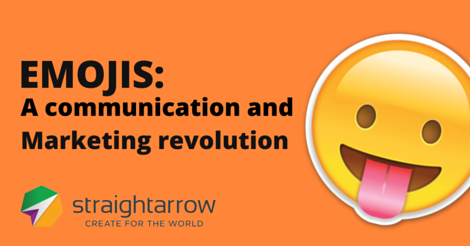 In life, you’d often hear the saying that a picture paints a thousand words; in today’s media, those pictures are more commonly known as ‘emojis’ (or, to use the Western version of the term, ‘emoticon’).Emoticons started as the practice of using symbols in text messaging such as colons, parentheses, and etc. to serve as pictorial representations of emotions (hence the term ‘emoticon,’ a portmanteau of ‘emotion’ and ‘icon’). The Apple company saw the impact of these mini-images and incorporated them into their messaging application, coining the term ‘emoji’. Eventually, they were introduced to social media as ‘legitimate’ icons.

Emojis are definitely here to stay. After all, you don’t just win Oxford’s Word of the Year for 2015 by simply being a trend. Emojis have proven to be influential in different types of media, particularly with regard to how they affect your digital marketing strategy. Here are some of the reasons why emojis can be regarded as the face of any innovative marketing tactic:

1. Emojis are popular on all platforms.

Like Apple’s marketing strategy for their tech products, emojis have been a massive success, becoming popular for users as well as in mainstream media and pop culture. At first, emojis were only available for Apple users. Eventually, they became so popular that social media sites and other smartphone competitors created their own versions.

Emojis are a great way to market your brand, simply because one image can say so much by showing so little. Images automatically increase the chance of audience engagement. 87% of a Facebook page’s engagement happens on posts with images and tweets with photos attached receive 150% more re-tweets - think about how effective it would be if it were an iconic visual.

Many popular brands have included emojis in their marketing strategies. Dove, for example, created a curly haired emoji to further promote diversity, while Domino’s made it possible for customers to order pizza by simply texting a pizza emoji. 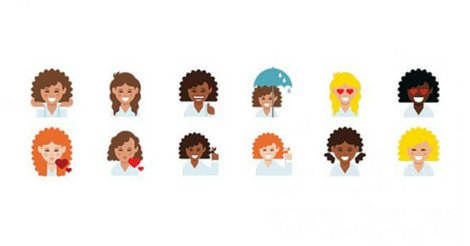 3. Emojis are a global phenomenon.

Emojis became the convenient and popular way to represent emotions - and eventually, a subject of controversy. For some, it became an issue of diversity; in gender, race, religion, nationality, and even food. Apple learned its lesson: with every succeeding update, they are adding new and diverse emojis to the current roster. 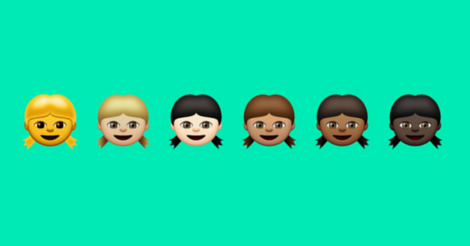 4. The emoji trend is more than just a fad.

Emojis have become known as a fresh and creative means of online communication and marketing, but that’s not all they’re good for. They are currently being used in other forms of mainstream media such as music videos, ads, and even polls (just check out how Facebook did it - an upgrade to their like button). How will these icons stand the test of time? Simple - emojis have become parts of a multi-layered strategy that only gets better as they continue to change and adapt to the demands of the audience.

Still, you might be thinking that emojis might not fit your brand or your strategy, and you may be right. Emojis are popular with the millennial audience and can be perceived as an informal manner of communicating. It might not fit your brand at the moment, but given how the concept changes to cater to the needs of everyone over time, you might need to learn how to use it to your advantage soon enough.

Unsure of what fits and what doesn’t in your digital marketing strategy? Feel free to consult with us.