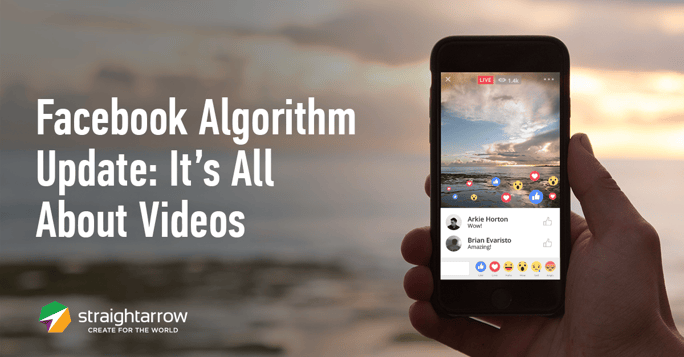 Video has been a rising star in content marketing recently, and to say that Facebook has been using it well would be an understatement--the social media giant is among those blazing the trail. Facebook’s efforts to build video up as a medium started in June 2015, when its algorithm added expanded criteria for video ranking. In March 2016, it began prioritising live videos in the news feed. And now that 2017 is hitting its stride, they’ve made a few more adjustments: videos will now be prioritized based on completion rate instead of simple views, along with other adjustments to promote longer videos.

The Longer, the Better?

One of the thrusts behind Facebook’s recent updates is promoting longer videos. In January 2017, Facebook announced that it would be rewarding longer videos with higher percent completion, the amount watched out of the video’s total time. That said, the way that video length and percent completion interact in determining priority isn’t likely to harm short videos too much. 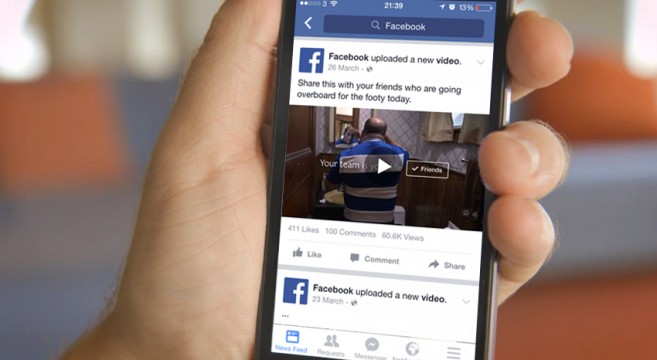 Alongside the algorithm adjustments, Facebook is also providing financial incentives for long videos through mid-roll ads. This new ad format will give video publishers the chance to insert ads that show up after 20 seconds of viewing in videos that are at least 90 seconds long.The team cited that creating a longer video takes more effort and commitment than completing shorter ones thus having this change can make money for the people who supply it with those videos.

The 55 - 45 revenue split Facebook is offering for these ads is the same as what YouTube offers. However, Facebook opted for testing the mid-roll ads than following in Youtube's footsteps of running ads prior to the video that can only be skipped after 5 seconds.  The mid-roll ad will only appear after 90 seconds, therefore Facebook is subtly reminding publishers that in order to earn money their videos need to be longer

The Best Time is Real Time

Longer videos aren’t the only key to success. As it turns out, livestreaming is a great way to get both news feed priority and longer viewing times. Facebook Live started out as an update to help Facebook users keep up with Twitter’s real-time posts, including Periscope videos, but has since come into its own. As of last year, it was discovered that live videos receive average viewing times thrice as long as those of videos that are recorded prior to being uploaded. Facebook previously tested increased news feed priority for live videos with celebrities, journalists, and other verified accounts. Since then, it has implemented this change across the network.

In March 2016, Facebook started classifying live video as a new content type. Once you start broadcasting, you’ll get stats that show target audience engagement in real-time. At the end of the live video, you can even save it as an HD video and post it on other social network pages/profiles. You can also promote the video post on Facebook while it’s live or even after you end the broadcast.

Consistent with their incentives for publishers, Facebook is video more rewarding by updating its autoplay feature to reflect user preferences, which include videos automatically playing with audio. As such, videos now play automatically and unmuted in the feed, as long as the device’s sound is on. Furthermore, when users scroll away, a video that’s already playing will carry on doing so, shrinking and sliding to a position in the margins of the screen.

With the recent updates, producing longer videos or live ones can be a straightforward way to improve your social media marketing. In addition to the algorithm support, there is much to be said about the strengths of video content: it is the most consumed content on mobile devices and, in addition to being informative, videos build trust, encourage social shares and can engage even the most passive buyers. Add into the mix that videos appeal to mobile users, who make up about 78% of the population in most countries and you get more reach by spending just a small amount. When you consider the efficacy of video marketing and envision that on a social network the size of Facebook, it makes sense to utilize this type of content, especially now with all the support it’s getting. And if producing video content is a challenge, remember that you can leverage user-generated videos, or lean on the spontaneity the live streaming encourages—even a simple “thank you” video to a loyal customer, or a “congrats” to a contest-winner can go a long way.

To make the most out of your marketing efforts on Facebook, learn more about the ins and outs of launching a Facebook ad campaign with our Facbook ads checklist.